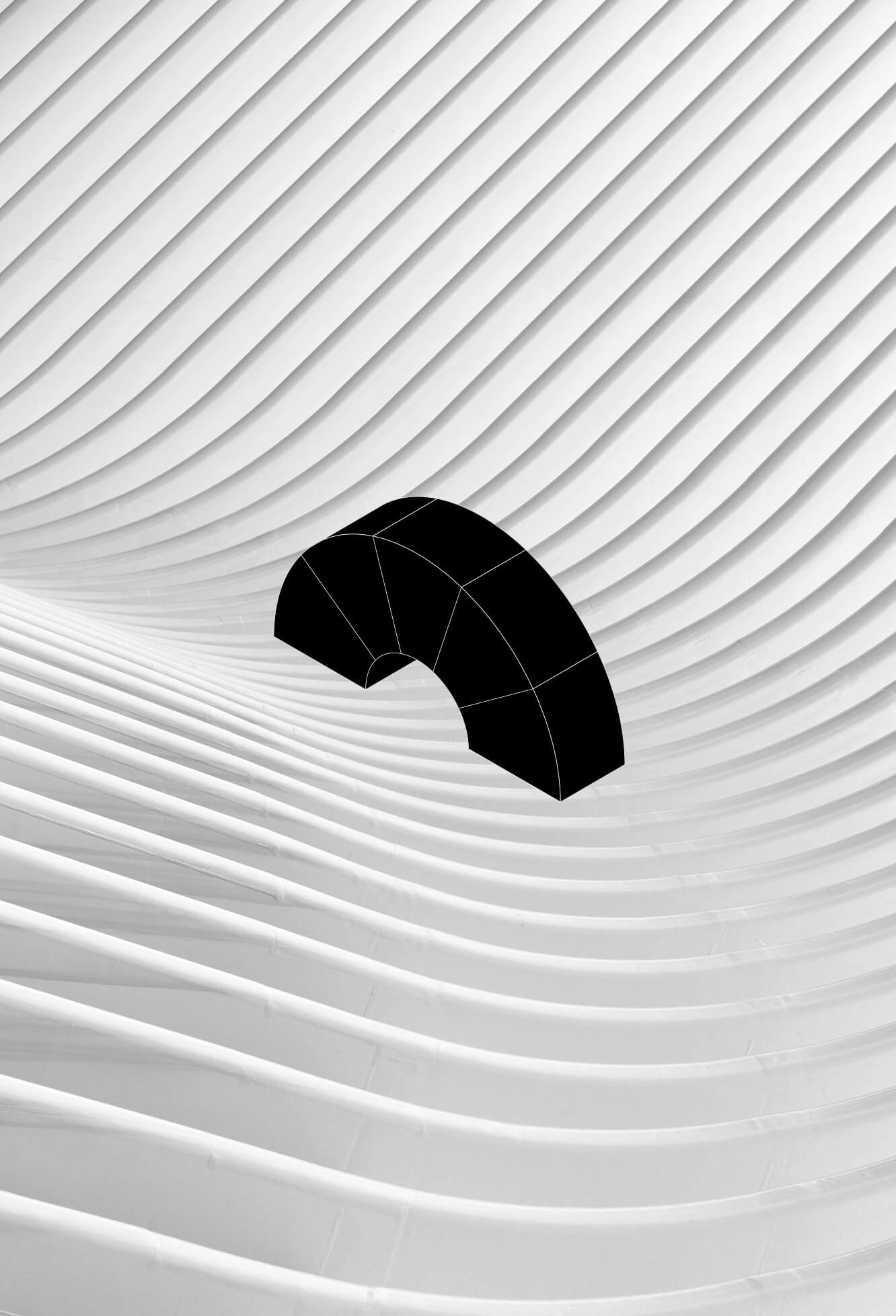 The credit score is among the most influential inventions in personal finance, alongside the credit card and the Dow Jones Industrial Average.

But as influential as credit scores are, few people know the full history of how they came to be.

So, when were credit scores actually invented?

What is the history of credit scores?

Surprising as it may be, credit scores as we know them now are only a few decades old.

But the history that laid the groundwork for their development goes back almost 200 years.

The earliest forms of credit reporting arose in the United States in the early 19th century, when commercial lenders used them to gauge the risk involved in lending to different prospective business customers.

The first credit reporting agencies were small, local merchants associations. They collected credit information about borrowers from correspondents across the country and sold it to banks and other lenders.

By the mid-1800s, two of the most important credit reporting agencies were R.G. Dun & Co and the Bradstreet Company. Both these companies developed alphanumeric scores to predict the risk factor of commercial credit applicants. But they were a far cry from the credit scores used today, and many critics accused the agencies of being unfair to certain demographics.

The idea of consumer credit would have been foreign to most banks in the 19th century. The earliest credit systems mostly involved businesses that required loans to start and sustain their operations.

But at the turn of the century, as workers began to earn more and new consumer goods flooded the market, retailers started extending credit lines to individual customers. These same retailers hired credit managers to evaluate the risk involved on a case-by-case basis using the methods developed by commercial credit evaluators in the previous century.

In 1912, these credit managers formed a national association to develop a standard method for collecting, sharing, and codifying information on retail debtors.

One of the leading credit reporting agencies at the time was the Retail Credit Company in Atlanta. Founded in 1899, the RCC would eventually change its name to Equifax and went on to become one of the Big Three credit bureaus still active today, alongside TransUnion and Experian (formerly TRW).

In the 1970s — after the RCC announced the computerization of its credit files on millions of Americans — Congress passed a series of consumer protection laws in response to complaints of subjective, unfair, and inconsistent credit decisions.

But while these acts regulated the credit bureaus’ behavior, the Big Three continued to expand their operations.

To that end, Equifax hired technology firm Fair, Isaac and Company — now known as the Fair Isaac Corporation, or FICO. Founded in 1956 by engineer Bill Fair and mathematician Earl Isaac, FICO had already been working on creating a standardized, impartial credit scoring system for over 20 years.

In 1995, Fannie Mae and Freddie Mac announced that lenders would be required to use FICO scores on residential mortgage applications, leading to a significant uptick in use throughout the 1990s.

In 2006, the three credit bureaus created VantageScore, a subsidiary LLC that developed its own proprietary credit score to compete with FICO.

Over the years, both FICO and VantageScore have continued to revise their methods and release new versions of their software. FICO Score 8, introduced in 2009, is still the most used FICO score version today.

Credit bureaus typically only consider credit lines when they compile their reports. But in recent years, they’ve introduced programs to let consumers add other types of accounts to their credit reports as a way to help improve their credit score calculations.

What is the difference between a credit score and a credit report?

Your credit scores and credit reports are two different products, but they’re closely related. Lenders use both to determine your creditworthiness.

The three major credit-reporting companies — Equifax, Experian, and TransUnion — each compile their own report listing your various lines of credit. Each report is different since not all lenders report to all three agencies, but each contains a detailed list of your credit accounts and payment history. They also contain information on things like credit inquiries, repossessions, and bankruptcies.

Again, different companies use different algorithms, but both FICO and VantageScore produce a three-digit number between 300 and 850, representing how safe or risky you are as a potential borrower. The highest credit score gives you access to the best financial products and the best terms.

What are the different credit score models?

Although most lenders use either your FICO or VantageScore to determine your eligibility for a loan or credit line, several other scores exist for specific purposes.

FICO is the most commonly used scoring model. It gathers information from all three of the major credit bureaus. Different versions exist for specific types of loans, like the FICO Auto score and FICO Bankcard score.

The Big Three credit bureaus created VantageScore to compete with the popularity of the FICO Score model. The most recent version is VantageScore 4.0.

PLUS Score was developed by Experian for consumer education purposes.

Developed by TransUnion, your TransRisk credit score has a scale of 100-900 and is only used to determine credit risk.

Like the PLUS Score, the Equifax credit score is only used for educational purposes. It ranges from 280 to 850.

How are FICO scores calculated?

Your payment history reflects your tendency to make your monthly payments on time. Late payments hurt your score.

The amount of your total credit limit that you use at any given time determines your credit utilization ratio.

Longer credit histories tend to include more evidence of timely payments and make an overall better impression than a shorter history.

Every time you apply for a credit card, student loan, car loan, personal loan, or any other line of credit, lenders inquire into your credit report, which docks a few points from your credit score.

How can I track my credit score?

Most financial institutions let you check your credit score for free using their online portal. You can check your free credit score as often as you want without causing any hard credit inquiries or affecting your score.

In light of the  COVID-19 pandemic, you can also get one free copy per week of each of your credit reports at AnnualCreditReport.com. (Free access is usually limited to one copy per year.)

Although their history technically only goes back a few decades, credit scores are here to stay. The more knowledge you have about how credit scores work, the better prepared you are to plan for your financial future.

If you want a tool to help you make money and build your credit while you spend, try PointCard™. 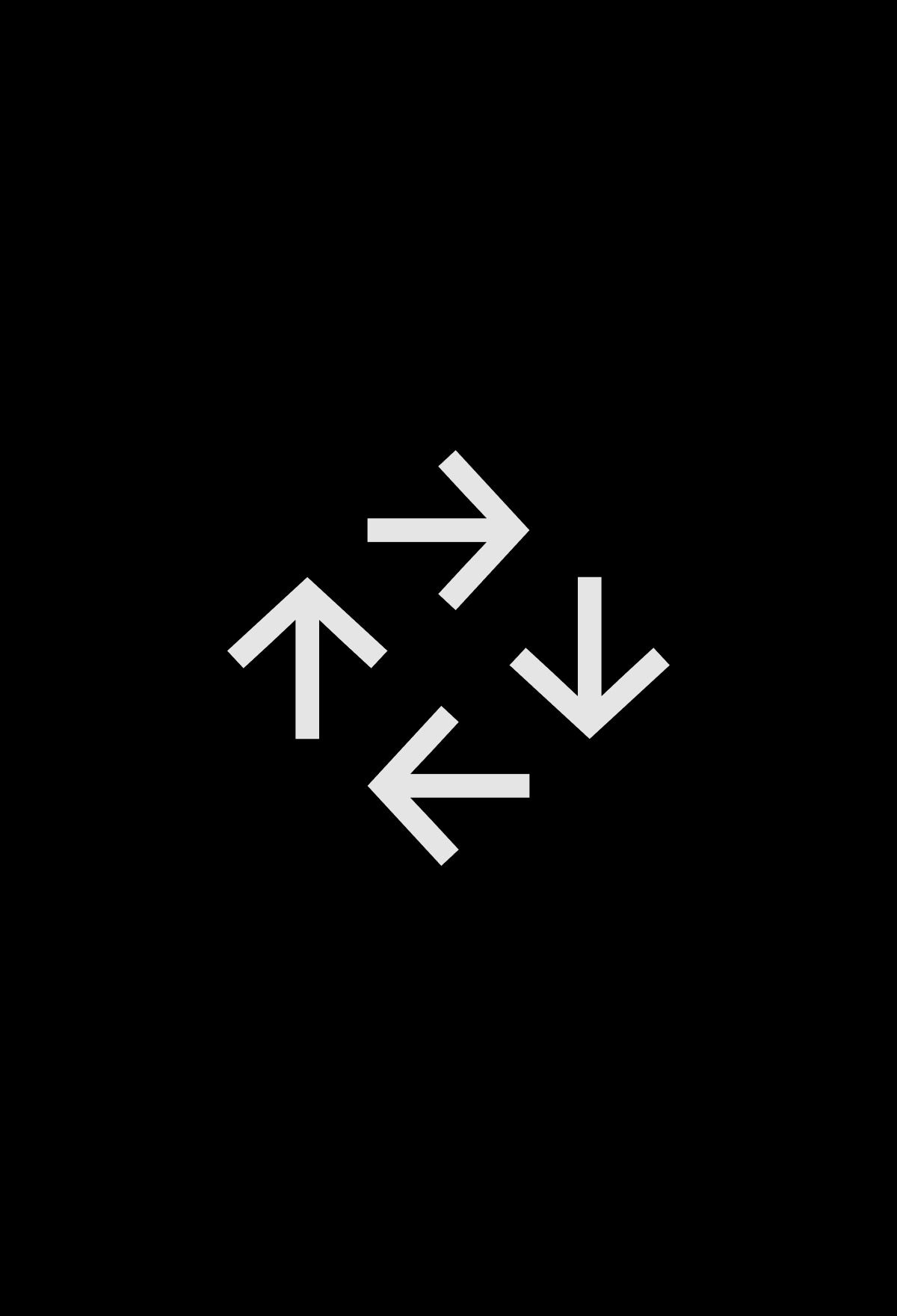 How Often Do Credit Scores Update? Here’s How to Track Your Progress 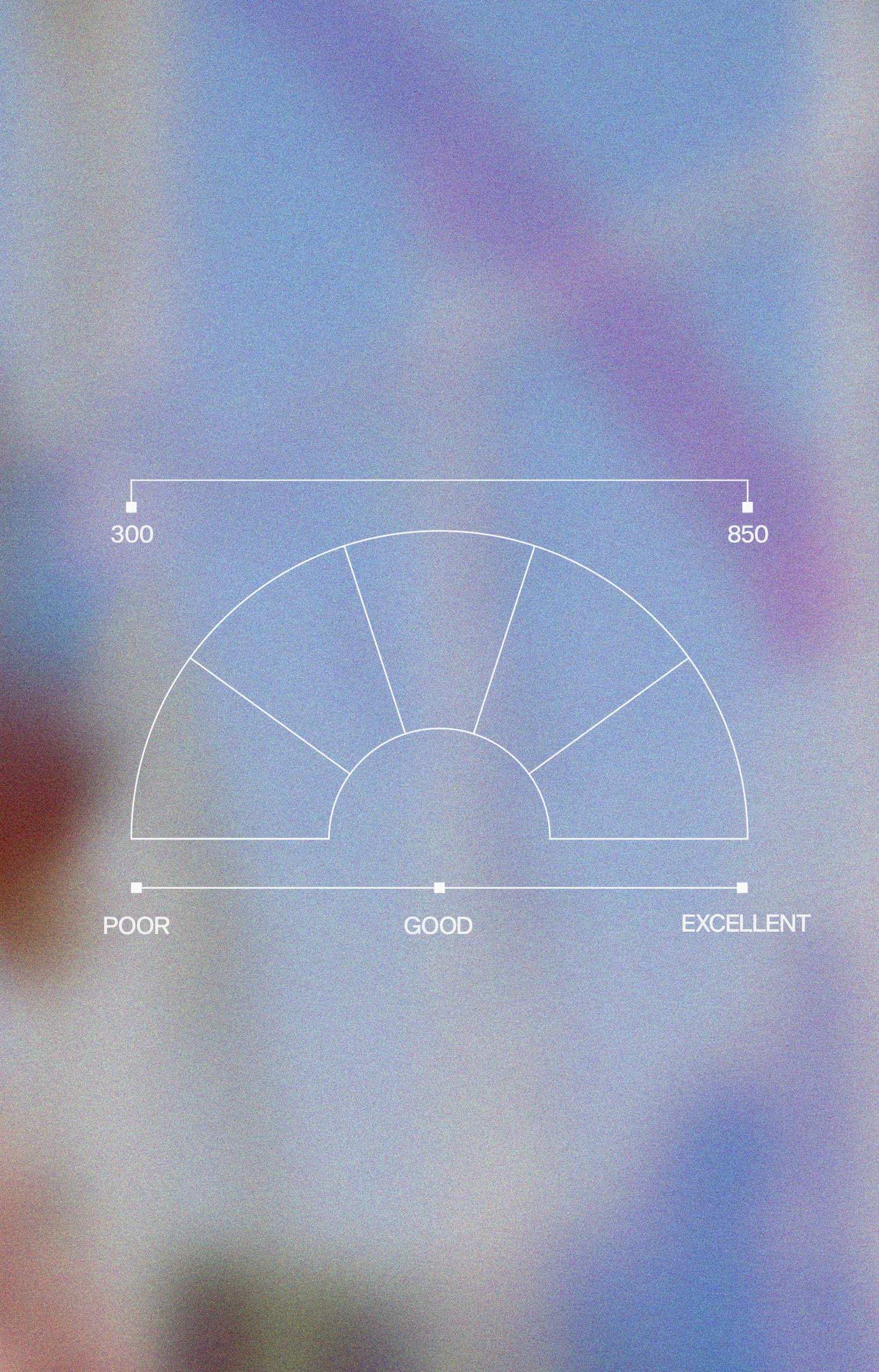 Understanding Credit Scores: What It Is and How to Improve Yours

What Does Your Credit Score Start At? 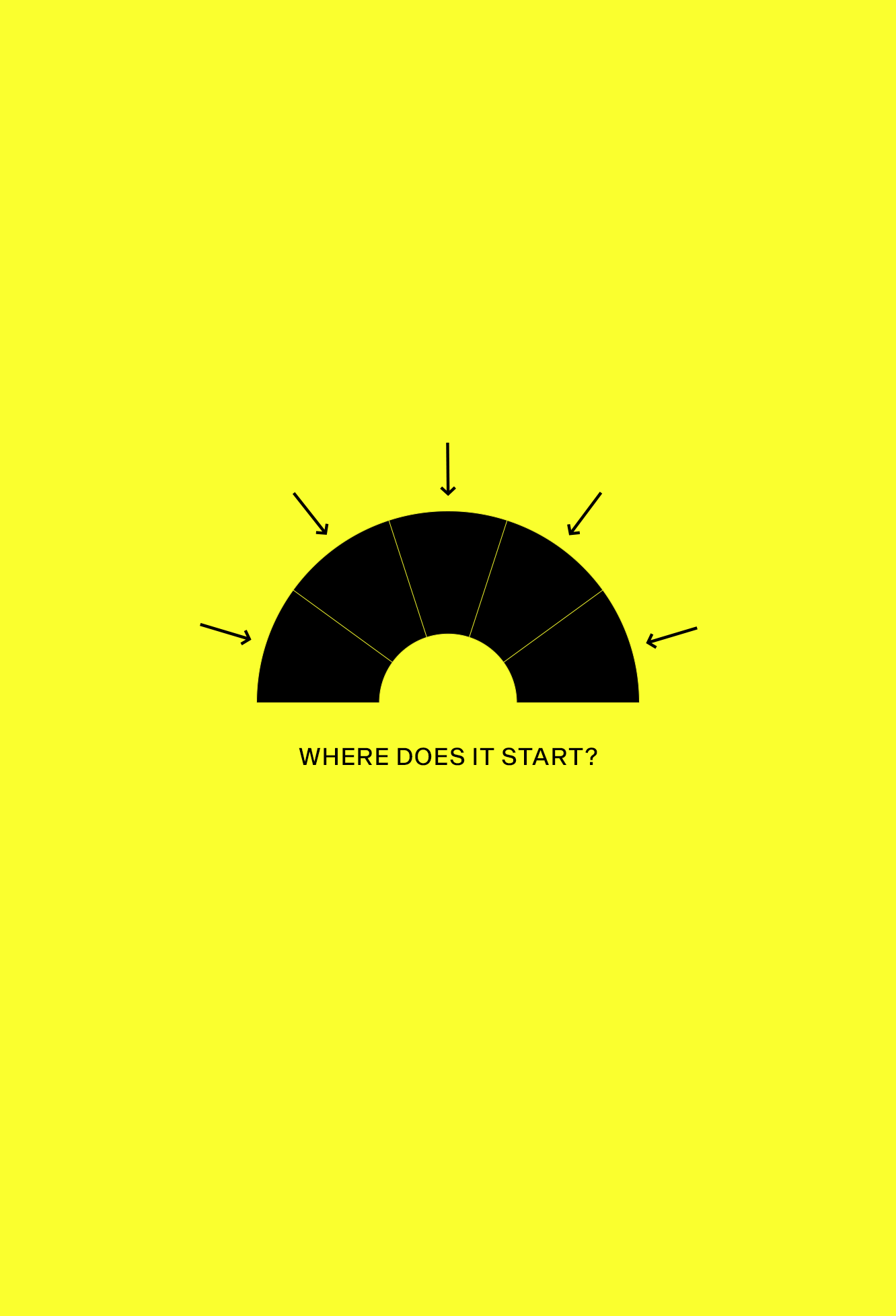 What is a Good Credit Score and Why Should You Pay Attention to It? 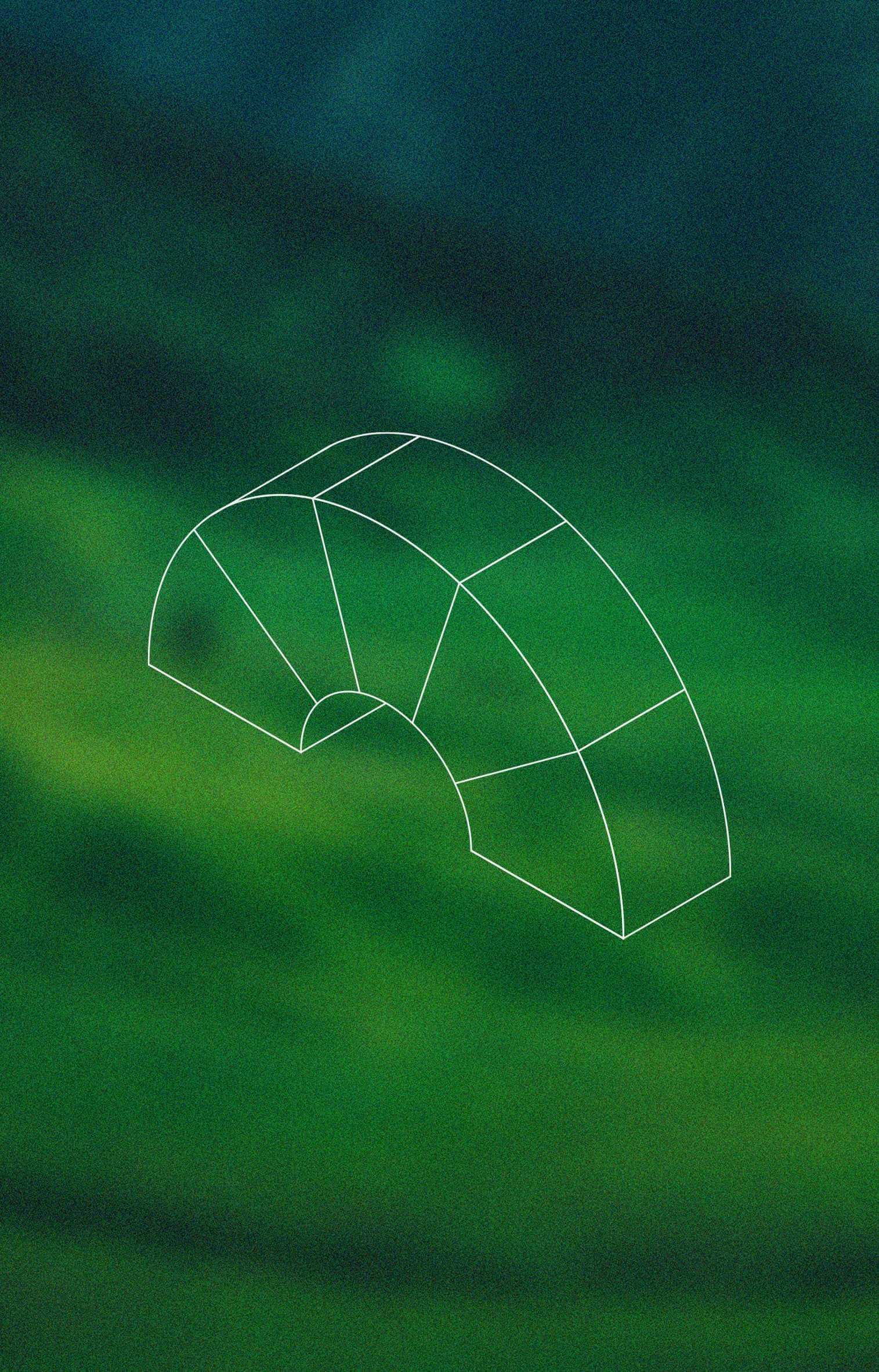 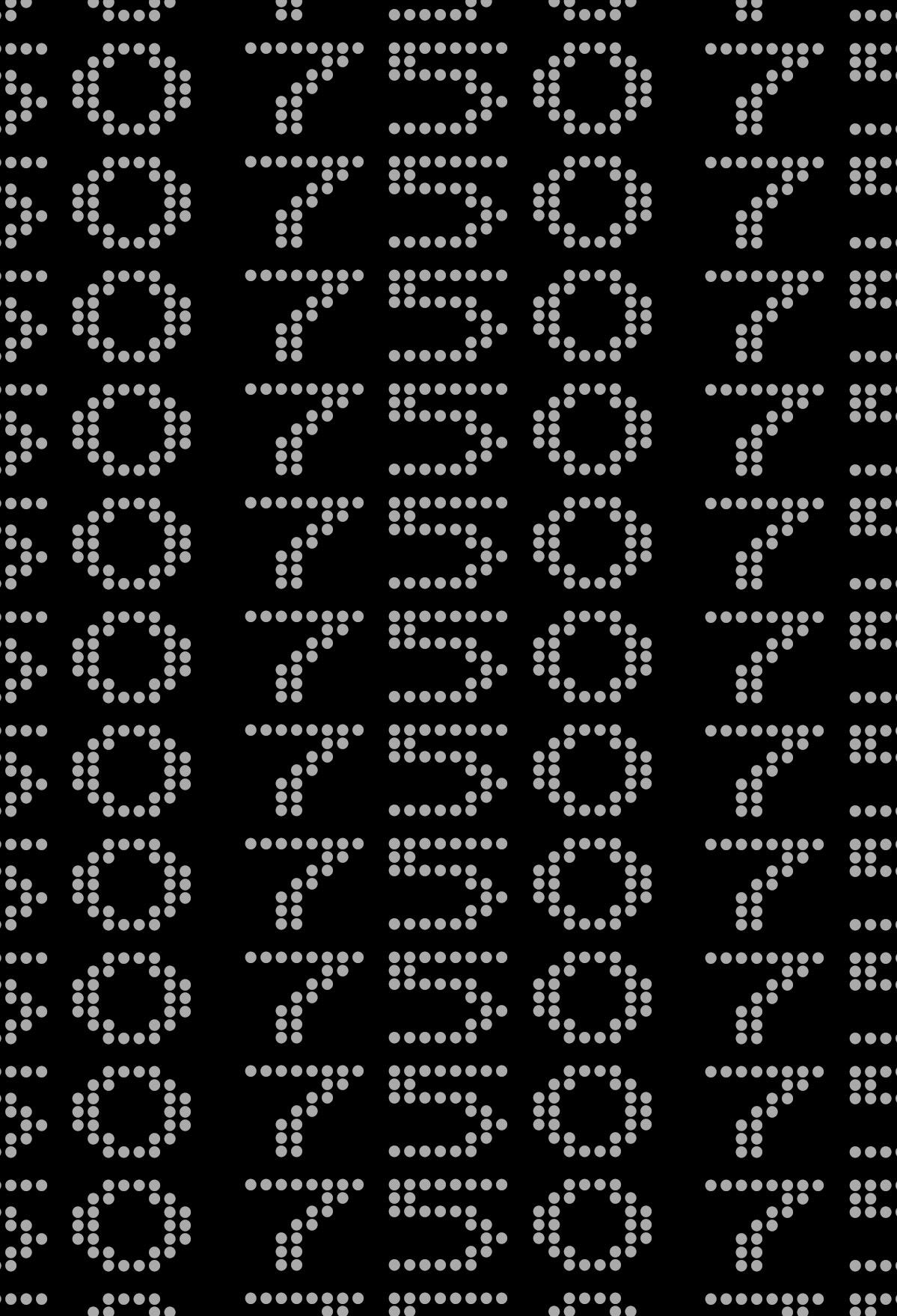 When do Credit Cards Report to Bureaus? 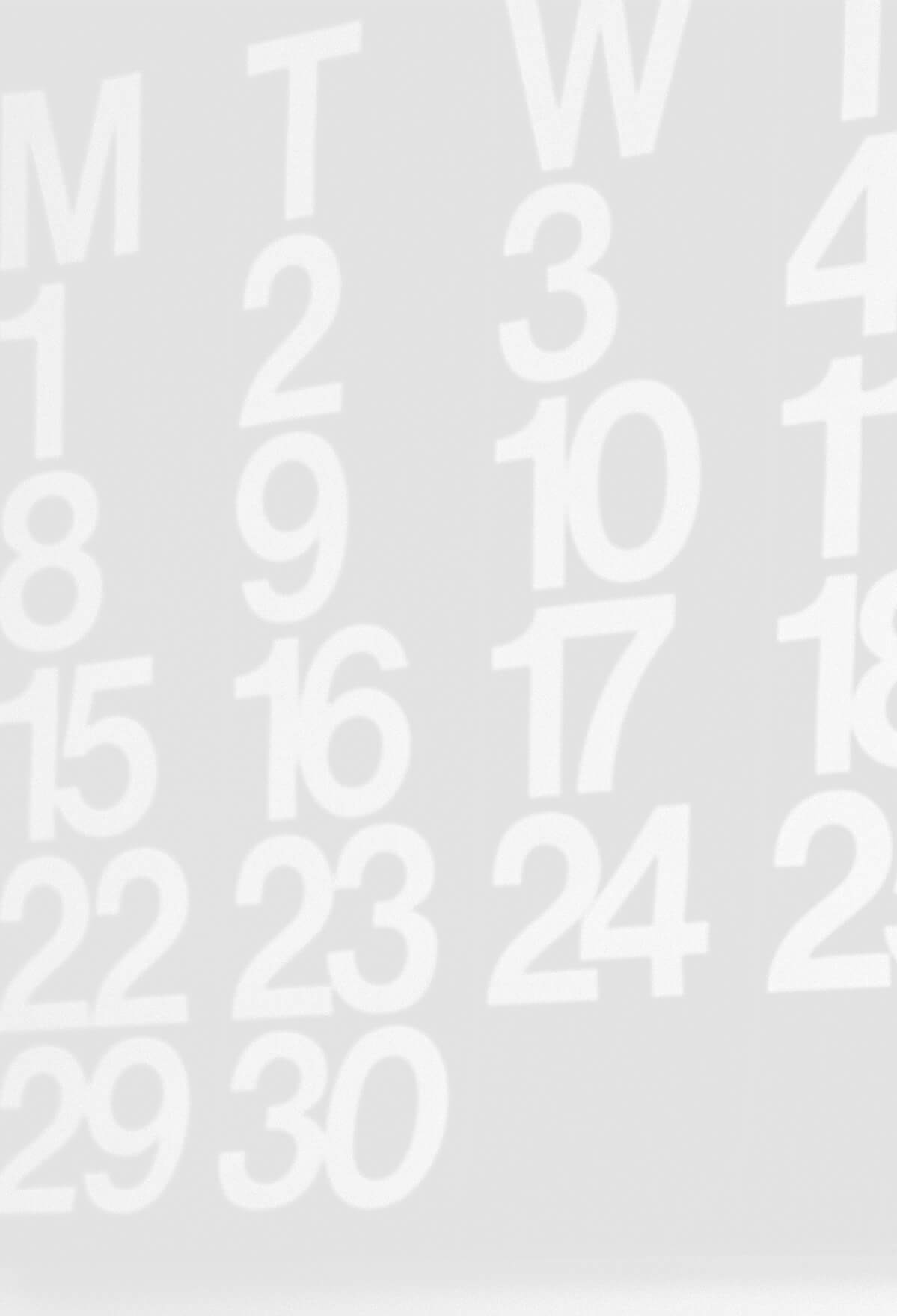 How Long Do Closed Accounts Stay on Your Credit Report? Can They Affect Your Credit? 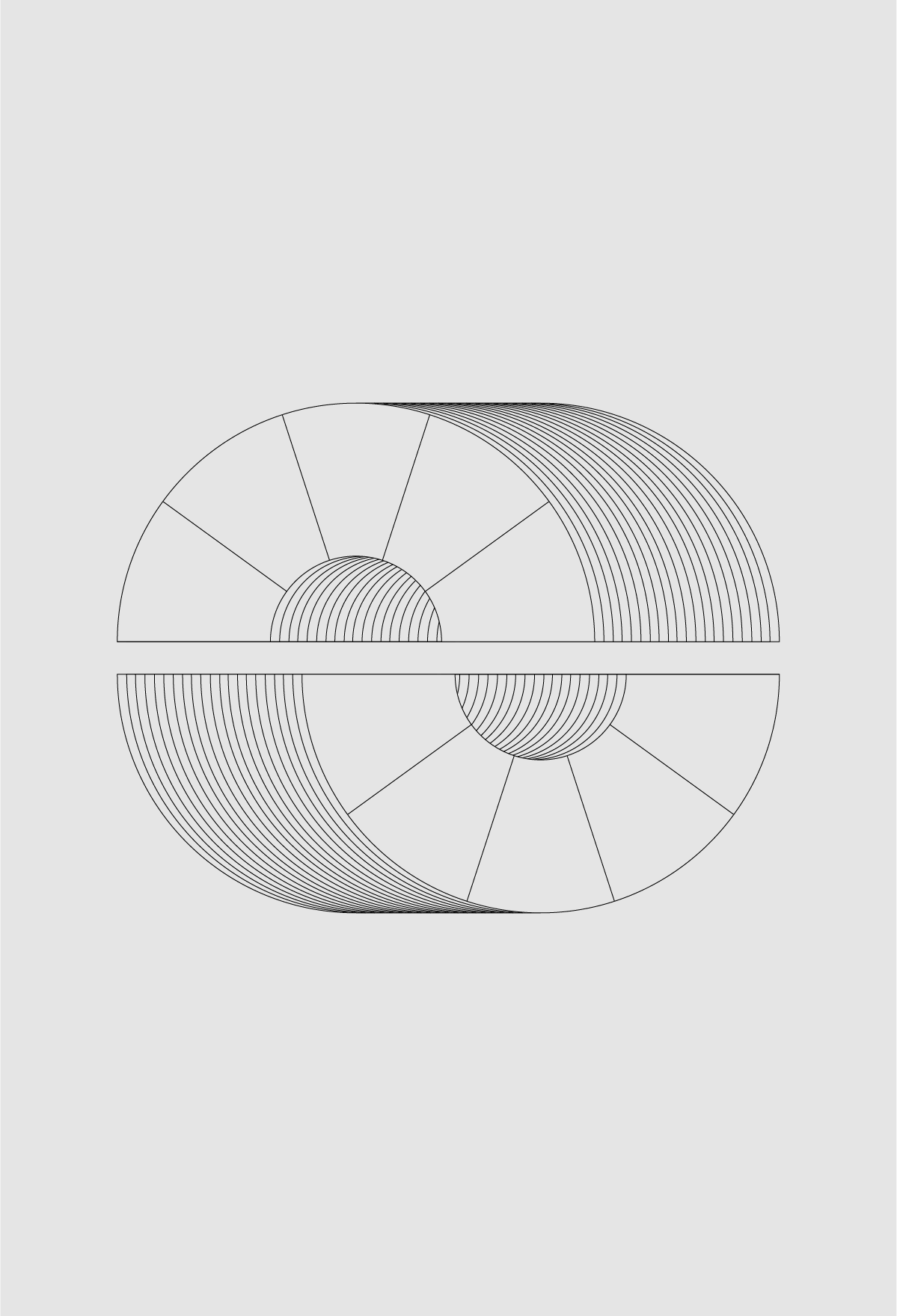 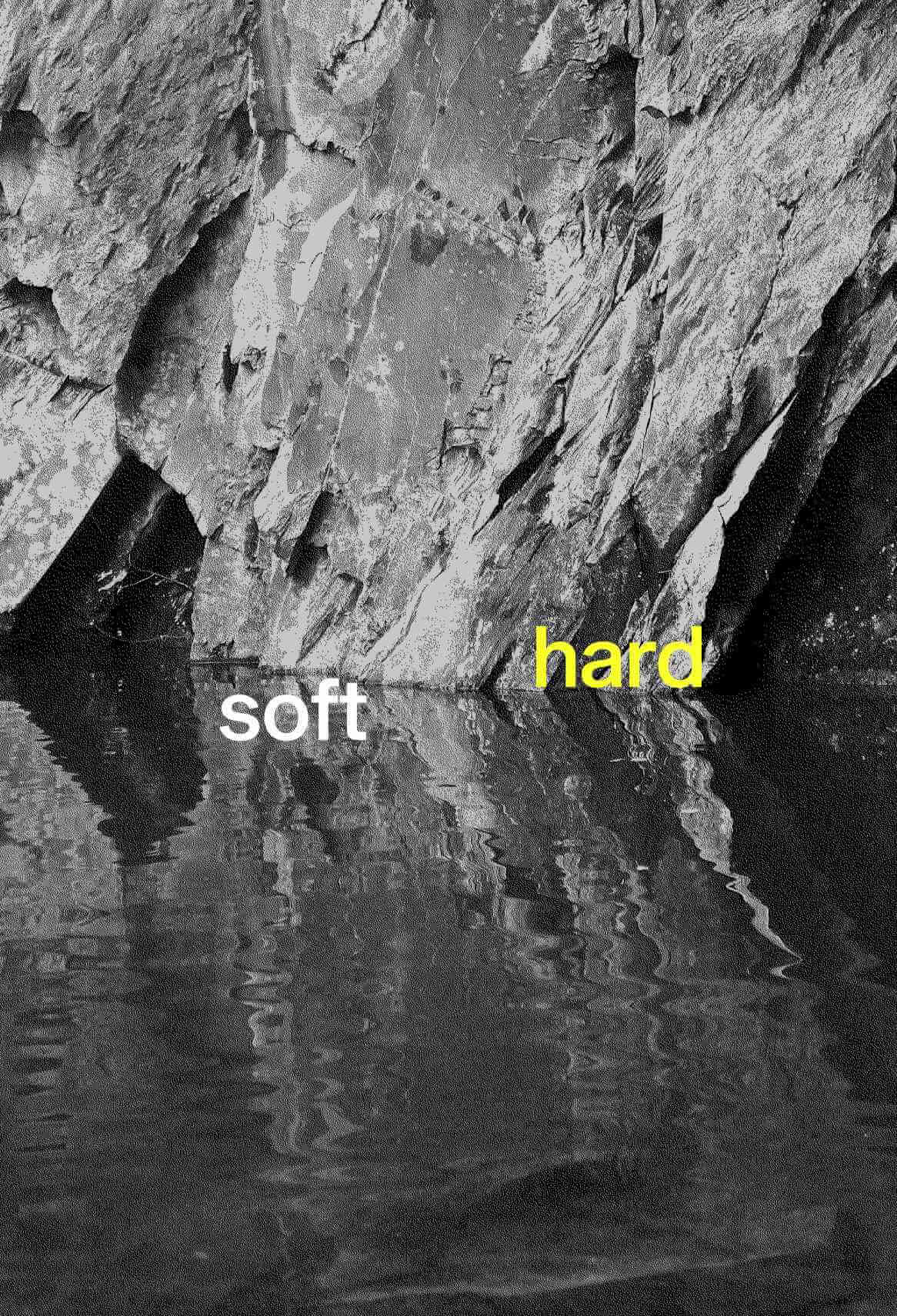 What's the Average Credit Score in the U.S.? 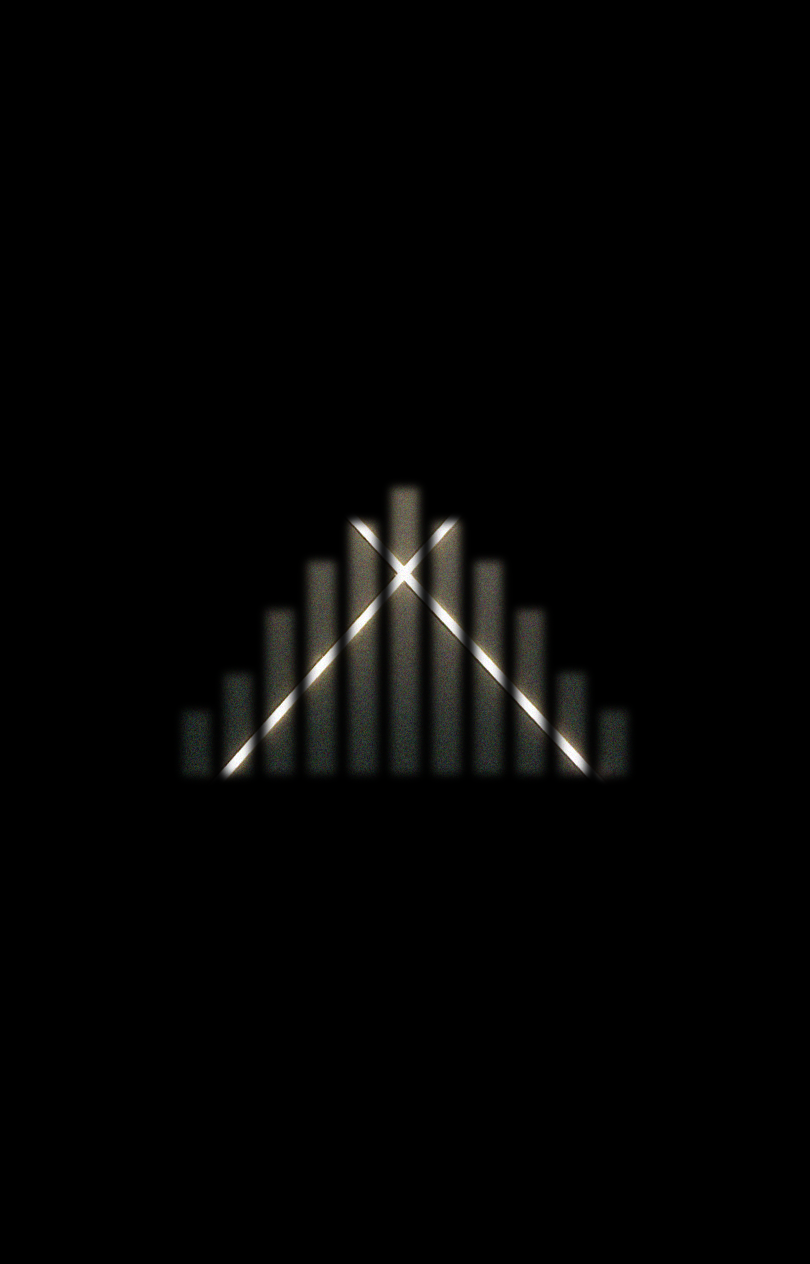 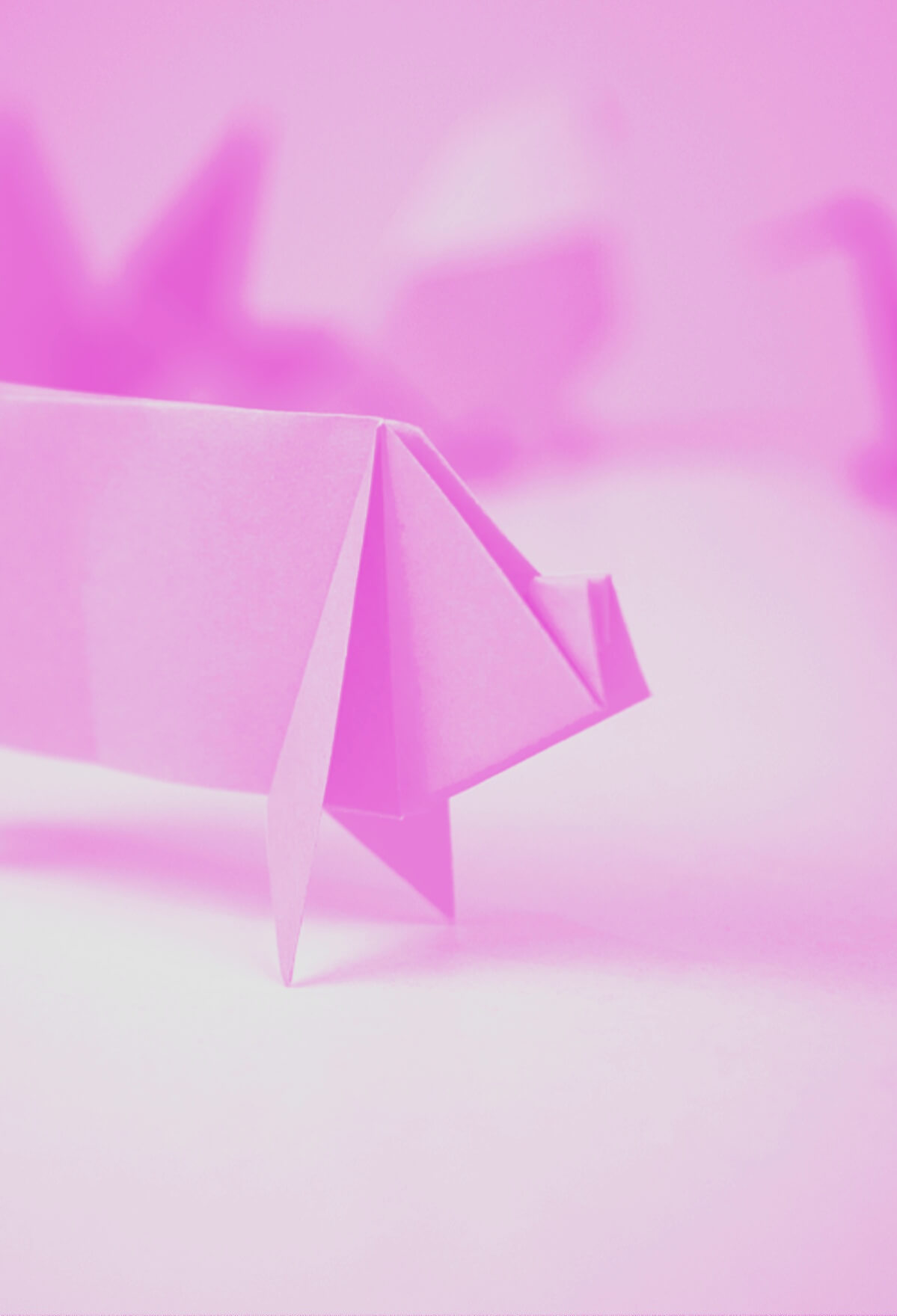